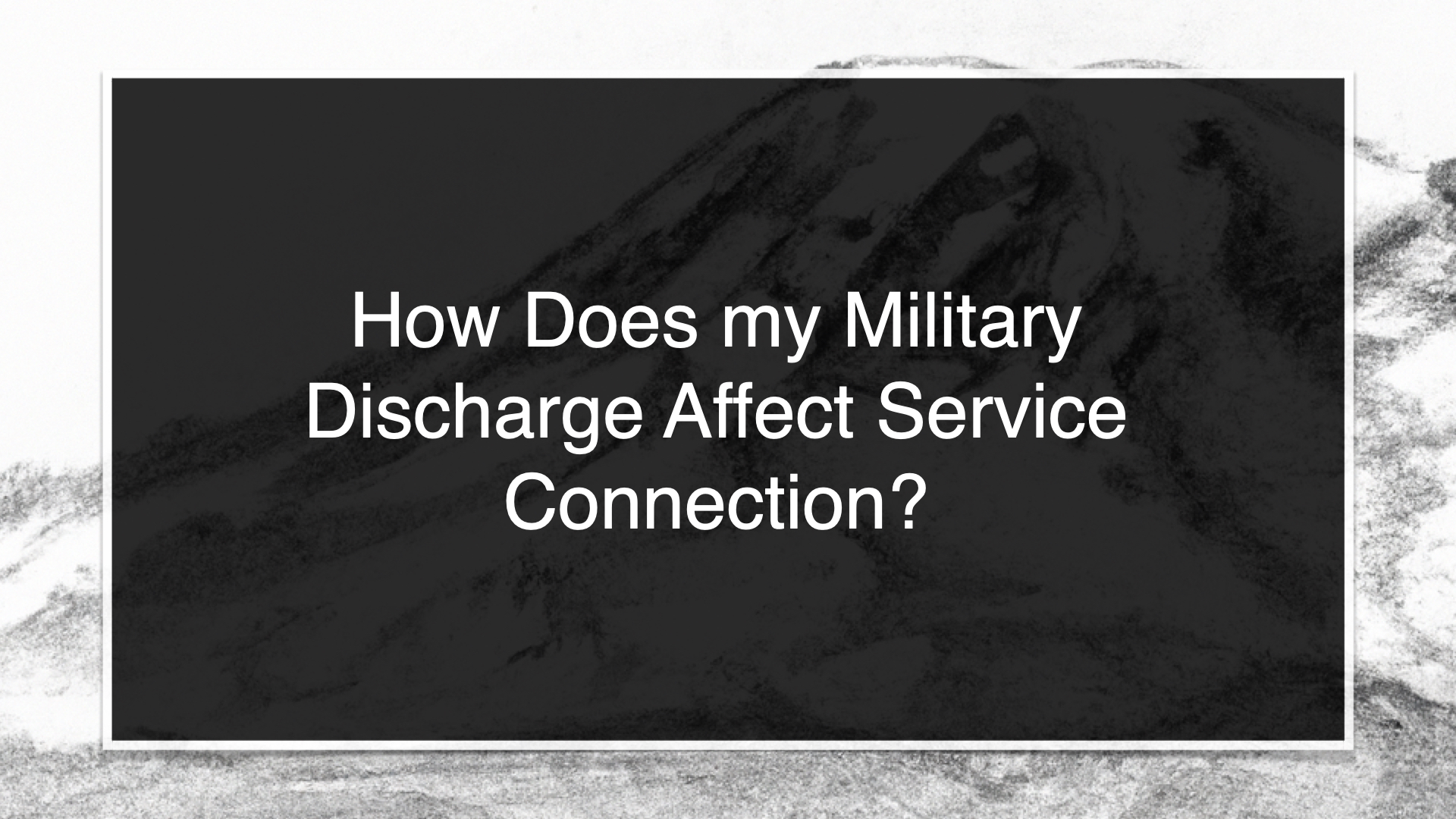 Most people look at military discharges as a two way street.  Either your career went one way and you received and Honorable Discharge, or it went another way and you received a Dishonorable Discharge.  In reality, there are many different discharge characterizations and each of them entitles you to a slightly different mix of benefits or resources.

It would help to first cover the types of discharges and the reasons you might have received these discharge characterizations.  To begin, discharges are broken up into Administrative and Punitive.

An administrative discharge is “run of the mill.”  It is a standard discharge that didn’t require any additional actions, other than your fulfillment of your initial service contract requirements.  Within the scope of Administrative Discharges are…

An honorable discharge is the most common type of discharge among Veterans.  Simply put, a Veteran with an Honorable discharge fulfilled all the terms of their contract in an honorable manner.  They showed up, met their physical and mental requirements, and their service record isn’t populated by a lot of misconduct.  Service members with an Honorable Discharge are eligible for most/all Veterans benefits through the VA and shouldn’t have restrictions in receiving service connected disability compensation and Social Security disability if they rate either or both.

A General discharge is also known as General Under Honorable Conditions. This is what you would receive if for some reason you were not able to complete the terms of your original service contract.  Having to leave service for a hardship, family reasons (pregnancy), inability to serve (but not misconduct or medical), and other similar reasons are the usual backgrounds of those who received this type of discharge.  A General discharge qualifies Veterans for most benefits; however, some education benefits can be a challenge with this type of discharge.

Other than Honorable Discharges are also known as OTH’s and General under Other than Honorable Conditions discharges.  They may also be referred to as Undesirable discharges.  These are tricky in that it can be very dependent upon when someone served as to whether their conduct would have rated an OTH vs a Bad Conduct Discharge.  We’ll cover Bad Conduct Discharges in a moment.  The reasons a Veteran may have received an OTH always come down to some sort of misconduct.  Most often the misconduct was not so severe that it warranted a Court Martial – and thus a punitive discharge.  However, it’s common that Veterans will take a ‘plea’ deal in a Court Martial in exchange for an OTH.  OTH’s are common for service members with patterns of misconduct: minor assault, substance abuse, domestic violence, attendance, failure to adapt, etc.

If you are a Veteran with an OTH, you might be able to receive service-connected compensation for a disabling injury or illness.  However, the VA determines that on a case by case basis.  And YES you do get a right to appeal their decision if they determine the facts of your situation incorrectly.  If you are not entitled to compensation, and your injury is service-related, you are still entitled to limited health care for those service-connected conditions through the Veterans Health Administration.  You may also be entitled to Social Security and disability benefits.

Punitive discharges differ from administrative in that the only way to have received a punitive discharge is to have been convicted in a special or general court martial.  We won’t go into the weeds on different types of courts martial; however, it is important to remember that a court martial was part of the process for receiving these discharges.  As such, they can be understood and viewed as analogous to and through the lens of their civilian counterpart convictions

Bad conduct discharges are also known as BCD’s and by various slang terms, e.g.  “Big Chicken Dinner.”  To receive a BCD a service member must have committed misconduct warranting either a Special or General Court martial.

If a former service member has a BCD from a Special Court Martial they still may receive health care support for a service connected medical condition as long as that medical condition was not the result of the action that warranted the BCD in the first place.  Also, the condition can not be the result of something that occurred while being held for the Court Martial or while being AWOL (absent without leave).  A former service member with a BCD may still receive Social Security and disability compensation from the SSA if they are eligible for these benefits.

A Dishonorable Discharge is by far the least common type of discharge from military service (less than 1%).  It can only be the result of a general court martial, which you can equate to the civilian equivalent of a jury trial.  Dishonorable discharges are the result of misconduct that goes beyond the scope of OTH and BCD.  Generally speaking, we’re talking about felony type misconduct.  Conspiracy, Fraud, Murder, Rape, Espionage, Drug Trafficking, etc.

A former service member with a Dishonorable Discharge is not going to be able to access benefits from the VA or most Veterans benefits programs.  However, they may still be eligible for Social Security benefits if they meet certain requirements.

Uncharacterized and other Discharges

There are a number of discharges that don’t fit the scope described here.  For instance, there is a whole classification of discharges known as uncharacterized because they don’t fit the molds above.  These would be fraudulent enlistment, entry-level separation, and similar situations.  Generally speaking, these are a case-by-case basis.

Also missed in this discussion are Reserve and National Guard discharges.  This will be a distinction we’ll cover in a future article.  For now, what you need to remember is that it is also a case by case situation; however, the basics are.. If an injury occurred the Reservist or National Guardsman were on duty, or on their way to or from duty, they  may be eligible for service connected benefits. Understanding the difference between VA schedular ratings and TDIU can... Most people look at military discharges as a two way... If you’ve been denied a VA Service-Connected Disability claim, you... What Is a Sedentary Job, And How Do I Know If I Can’t Perform One? How to Win a Social Security Disability Hearing How VA Diagnostic Codes are Used in VA Disability Ratings How to Get Your Social Security Disability Approved, Fast! Everything You Need to Know About Your (CE Exam) Consultative Exam What Can I Expect In My VA C&P Exam? Before, During, And After Your Disability Appeal Hearing: Everything You Need to Prepare and Win Your Case in Front of the Disability Judge Can I get Disability Benefits for COVID 19? How Long Does it Take to Get Social Security Disability? My Veterans Service Connected Disability Claim Was Denied. Now What? How Does an Inheritance Affect my Social Security Disability Benefits?

How to Understand VA Schedular Ratings Vs TDIU (Individual Unemployability) How Long Can You Expect The VA to Spend in Preparation for a Decision? How to Hire an Attorney for a Disability Reconsideration Appeal How to Fill Out a VA DBQ (Disability Benefits Questionnaire)